The CSNA launched a Security Report as part of their 2019 National Conference at Fitzpatrick Castle Hotel, Killiney, Co. Dublin on Thursday 30th of May. Government, An Garda Síochána and the judiciary are all being called on to act decisively as retailers demand zero tolerance in their fight against crime in their sector. 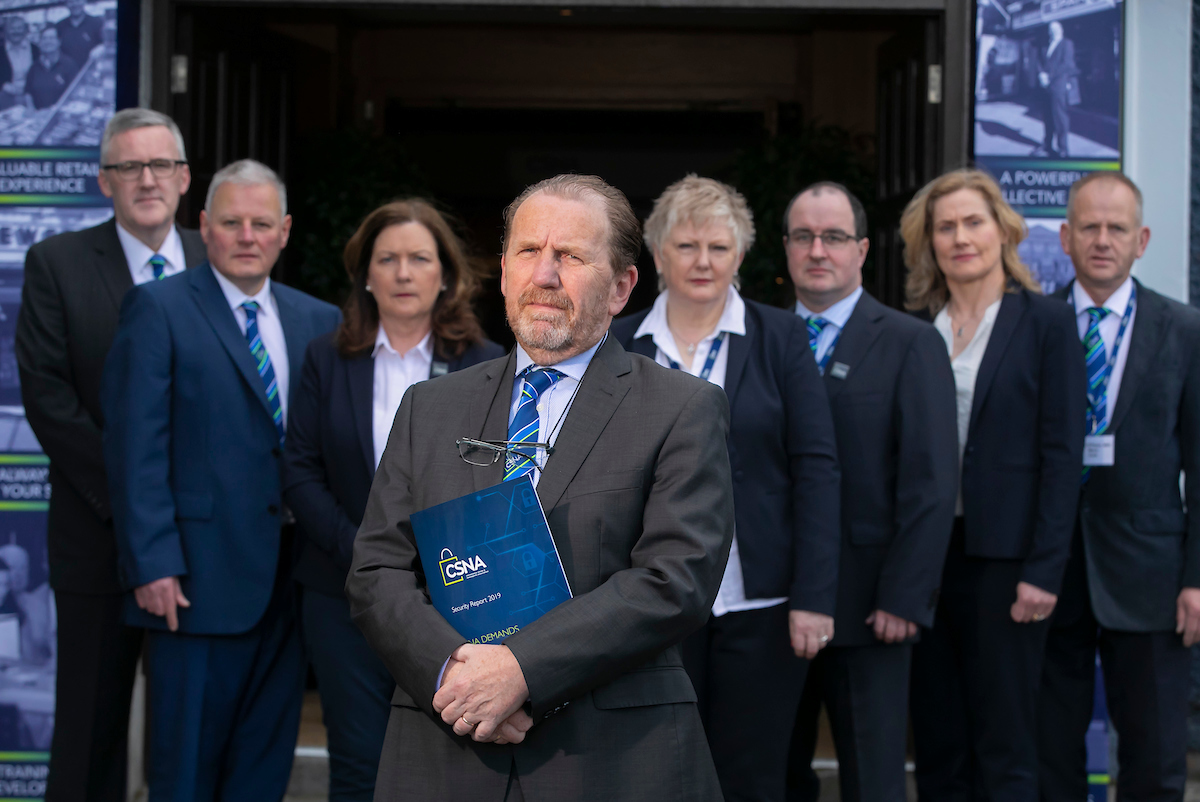 The CSNA, an independent retail association which represents over 1,500 members, all convenience store owners and newsagents conducted a national survey in February of this year. They sought and gained the support of major symbol groups BWG Foods and Musgrave Group to roll out this survey to the wider retail community.

The findings of the survey published today have makes for grim reading. A total of 1,820 retailers took part to voice their collective dismay at the security risks posed to retailers and their staff on a daily basis in Ireland.

The highest percentage of those represented in the report were ‘convenience store owners’, some with forecourts and/or in-store post offices, collectively accounting for 75% of those surveyed.

Aggressive, violent and threatening behaviour, shoplifting, begging as well as Garda response to retail crime, legislation and faith in the justice system are all covered in the succinct 24-page report.

84% of the retailers surveyed reported that they had an incident involving aggressive, violent and threatening behaviour. Remarkably, 43% of those suffered this injustice as recently as within a month of the survey being conducted.

A lack of support for retailers though insufficient, ineffective and under-enforced legislation was highlighted through a series of statistics with 87% claiming they were inadequately providing for the sector.

Marcella O’Neill, National President of The CSNA commented “The aggressive, violent and threatening behaviour of some customers is just one aspect of our day to day business, albeit a most concerning one. When combined with ever-increasing insurance premiums, security costs and staff shortages, all security-related matters, the burdens that fall on the shoulders of our country’s retailers is just too much.”

Vincent Jennings, CEO of The CSNA said “Anti-social behaviour is at an all-time high and it is having drastic effects on not just our industry but all of those working in the front line of society dealing with the public every day, it is a national issue of growing concern and our members have had enough. I would like to remind those in politics in this election year, that the retail industry is worth over €7bn to the exchequer, employing almost 285,000 people, over 72% of whom are outside of Dublin area providing key services all over the country and retailers are calling on all of you, enough is enough. Turning your back on convenience store owners, forecourt operators and newsagents is an insult to the Irish public. We demand zero tolerance from the Gardaí, the courts, the Department of Justice and our elected representatives nationwide and action is required with immediate effect.”