There is huge speculation and excitement in Laois over who the lucky €1 million EuroMillions lotto raffle winner is.

The winning ticket for the ‘Ireland Only Raffle’ was sold in CSNA member Kevin Bracken’s Maxol Gala store on Stradbally Road in Portlaoise. The draw took place on Friday 05th July and the National Lottery revealed the winning location. 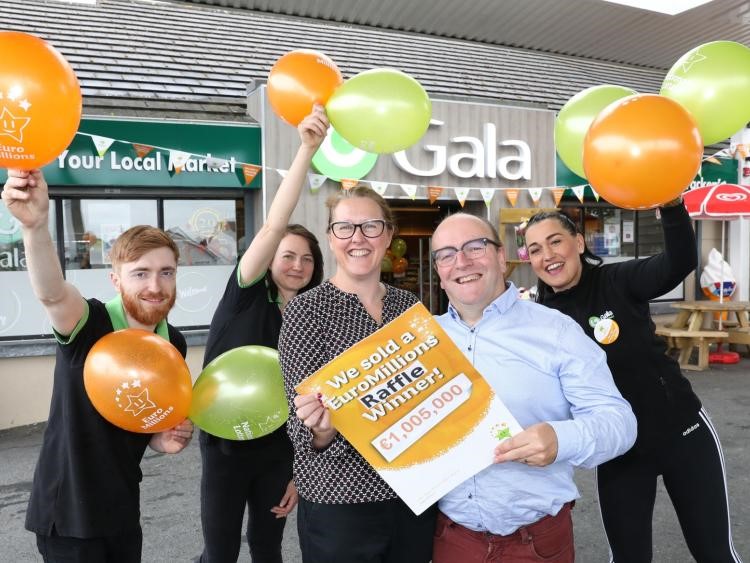 Today, Bracken’s have said that a winner has finally come forward. They shared the news on Facebook and shop owner Maeve Bracken told the Leinster Express she is delighted.

“It’s great! With people going on holidays and something as simple as changing a handbag you just never know.

Bracken’s Maxol Gala owner, Kevin Bracken, said there are plenty of customers making jokes and there is a ‘big buzz’ after the exciting weekend.

“It has been fantastic, very positive and it is the first time we have sold a big winner.

“We sell most of the tickets on Friday afternoon but you can do a month’s worth in advance so it could have been bought any time.

“Probably €10,000 was the biggest win we ever had before this. It’s everyone’s dream somewhere along the line to have €1 million and think about what they would do with it.”