The chief executive of the Convenience Stores & Newsagents Association has said he has advised shop owners and workers not to engage with customers who do not wear masks.

Face coverings have been mandatory in shops, shopping centres and other indoor settings since August 10. 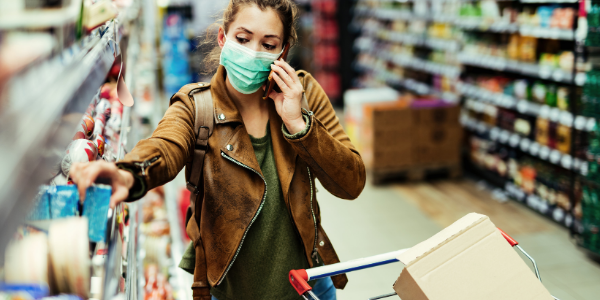 The regulation provide that a person must wear a face covering in such premises, unless they have a reasonable excuse.

Mr Jennings said the onus is only on shops to clearly explain that masks should be worn and, unlike public transport, shop owners and employees are not permitted to seek confirmation as to why someone is not wearing a mask, adding that some customers do have reasonable excuses for not using them.

He said many stores would only have two or three customers in the shop at a time and it was more pragmatic to get people in and out quickly.

The vast majority of people, he said, are wearing masks but some “are bent on causing destruction”.

Speaking on Today with Sarah McInerney, Mr Jennings said he knew of a 15 minute “stand off including the gardai” that took place in a shop two days ago.

He said he doesn’t understand why customers of banks, credit unions and post offices (many of which are based in small shops) do not have to wear a mask, pointing out that many of these customers could be queueing for up to twenty minutes at a time.

There needs to be consistency across the board, he said.

Those who do not comply could face fines of up to €2,500 or six months in jail, although the Minister for Justice has said garda intervention would be a last resort.